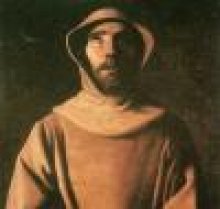 Guided visit to the exhibition "Zurburán" followed by a dinner at the University Foundation.

Francisco de Zurbarán was one of the most important painters of the Spanish Baroque, alongside Velázquez and Murillo. For the first time, an overview of his artistic work is being presented in Belgium. His oeuvre (whose subject matter is primarily religious) is striking for its combination of pure naturalism and a modern poetic sensitivity. As a "painter of the Counter-Reformation", he created works that expressed the new attitudes that became dominant after the Council of Trent (1545-1563) and led to a cultural revival in Spain in the course of the sixteenth and seventeenth centuries, not only in the visual arts but also in theatre, literature, and music. You can discover those parallel developments in a series of concerts and other events that will take place in connection with the Zurbarán retrospective. This is the first major exhibition to be devoted to this painter in Belgium!